Behind the Design: 100 Moffett

﻿100 Moffett Apartments, located in downtown Mountain View, is the embodiment of “California Cool”.

The design celebrates California’s culture, history and scenic landscapes – from the hand placed mountain mosaic in our Neighbor Lounge, to our outdoor barbecues and private balconies. We sat down with Marie Fisher and Madeline Trait from Marie Fisher Interior Design, the designers behind the project, to get some insight into how they achieved the vibe.

How did the conversation begin for 100 Moffett? Where did your concept originate?

Madeline Trait (MT): The concept for 100 Moffett began by looking at what defines the South Bay or more broadly the Bay Area. Through that conversation we began to think about what makes California unique, a desirable place to live. This led us to our final concept about celebrating California’s culture, history and scenic landscapes. The interiors reflected this with a pared down, laid back atmosphere with muted cool tones and honest, natural materials.
Tell us a little bit about the artwork featured.

MT: We sourced a lot of the artwork from local emerging artists and wanted all of it to speak to the concept. The Hess surfboards featured in the leasing office are a work of art so it made sense to have them on the walls. We even took the steps to select the wood to be from trees that are found in California. One board is made from Redwood while the other is made from Cypress. 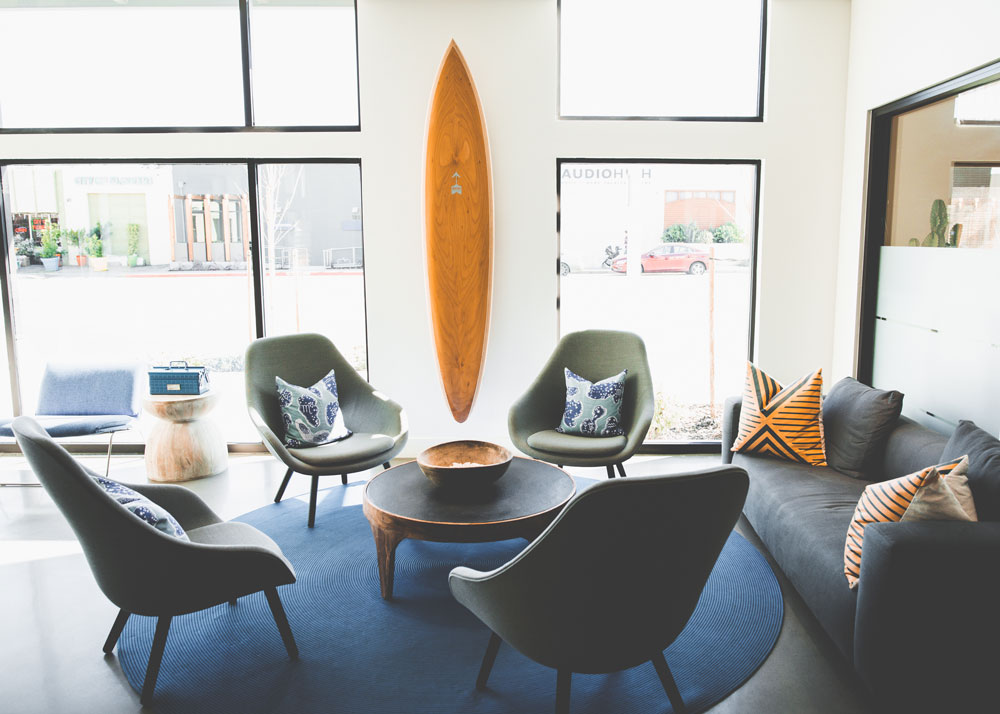 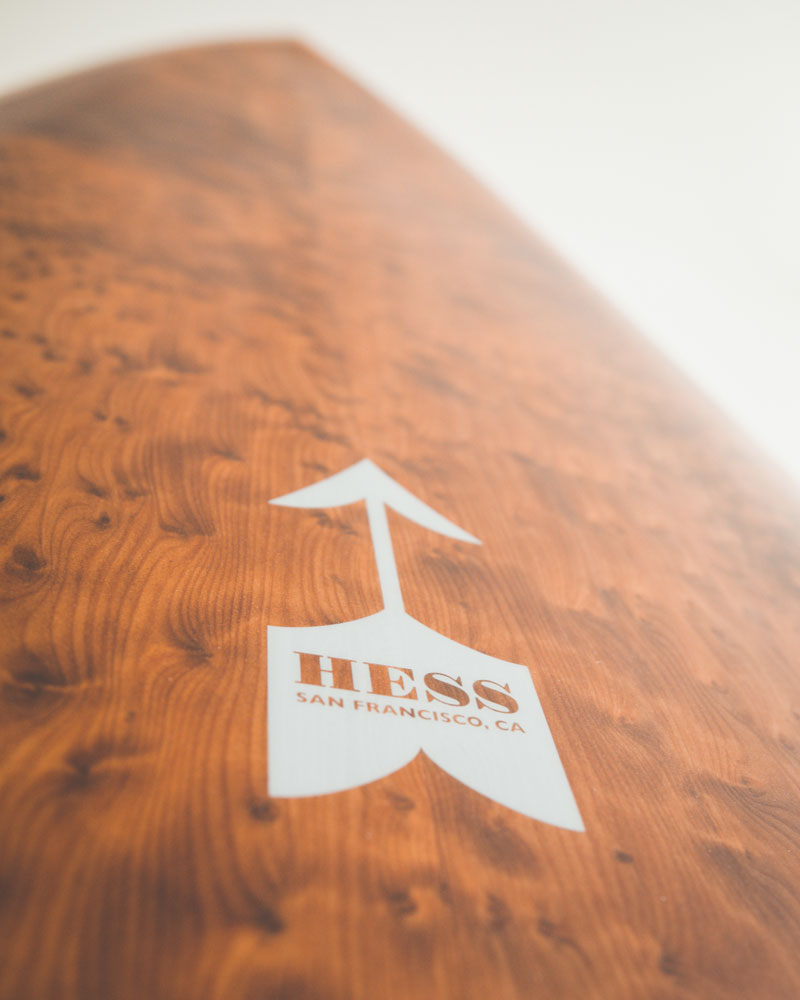 ﻿
Marie Fisher Interior Design (MFID) created custom SURFER Magazine wallpaper in the restrooms by scanning images from vintage surfer magazines. We thought this would be a fun way to bring some history and the California surfer culture to a space least expected. 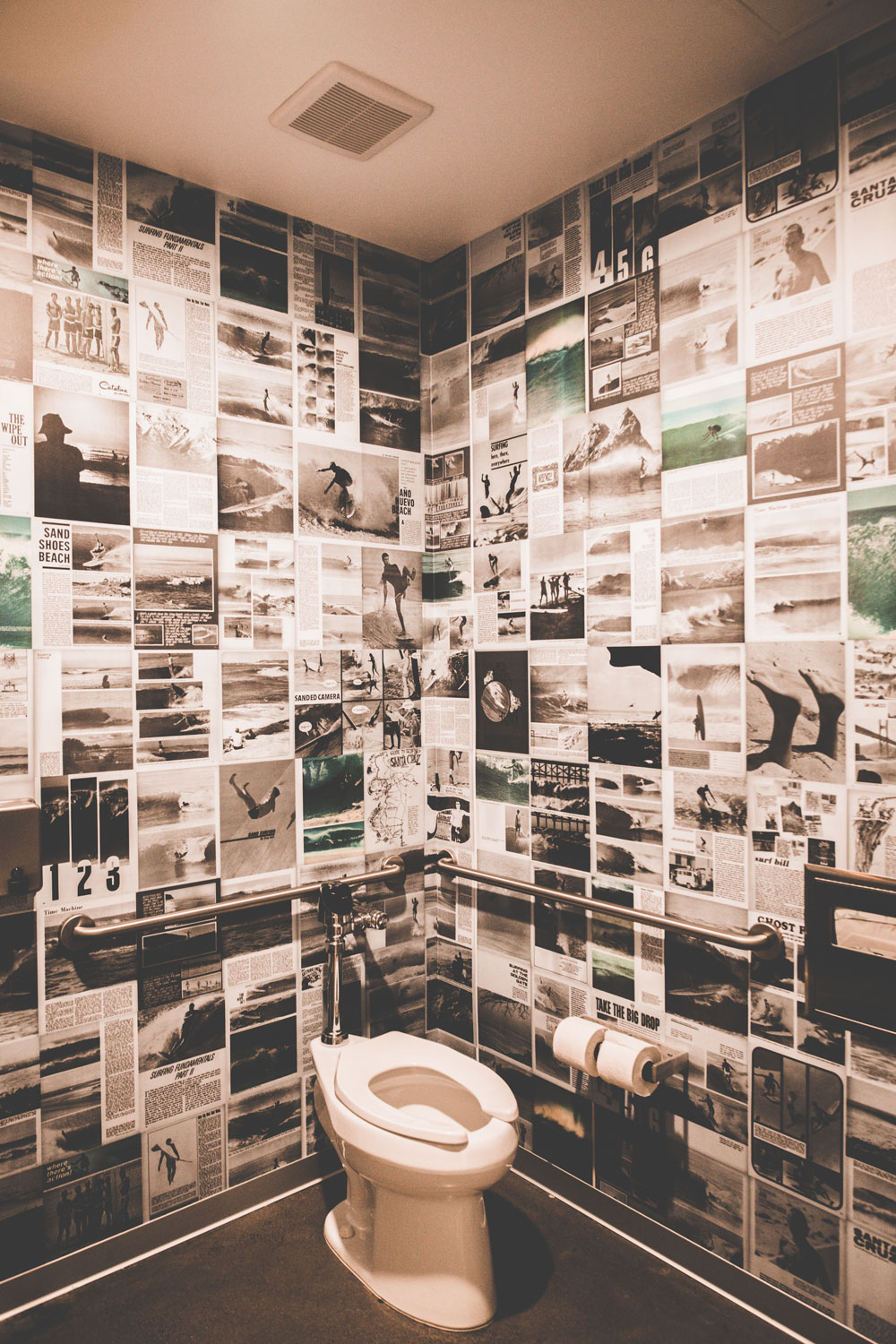 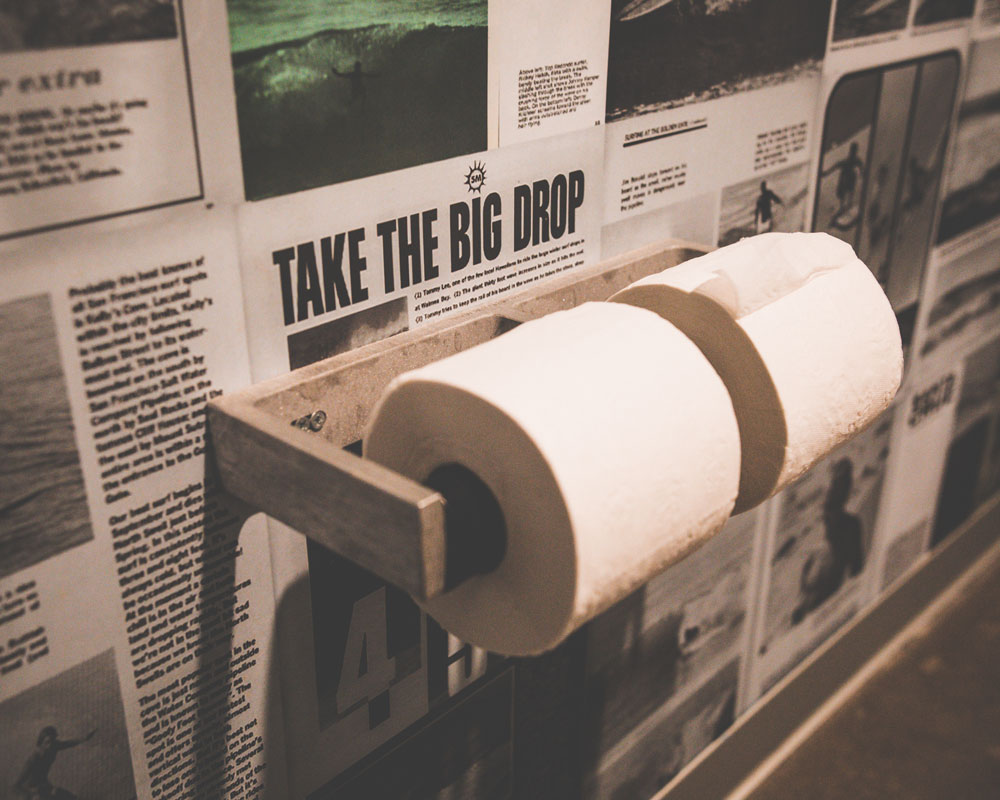 ﻿
Jared Leake’s work was so unique and perfect for the space. The imagery was of the California coast and the idea of apply it to weathered found wood gave it that unrefined and casual look that we were looking for. We commissioned him to create a custom piece, so that it would be big enough to fill the wall and create a visual impact. Jared also does graphic art and we used two of his pieces in the Leasing Office and corridor. They add a pop of color and that iconic California beach vibe. 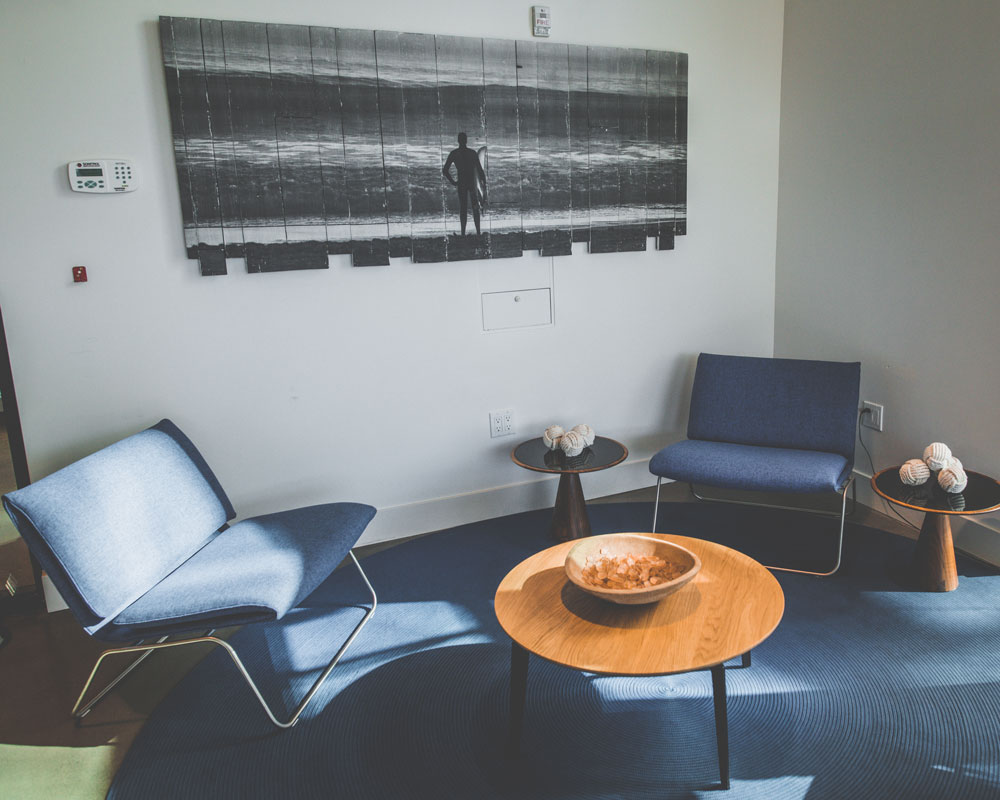 The Driftwood art was created by the MFID team. We chose to do a driftwood installation as we wanted to counterbalance the precision of the mosaic tile wall and compliment the wood stair entryway. Our inspiration came from looking at the work of Andy Goldsworthy and seeing the piles of driftwood along the seashore. 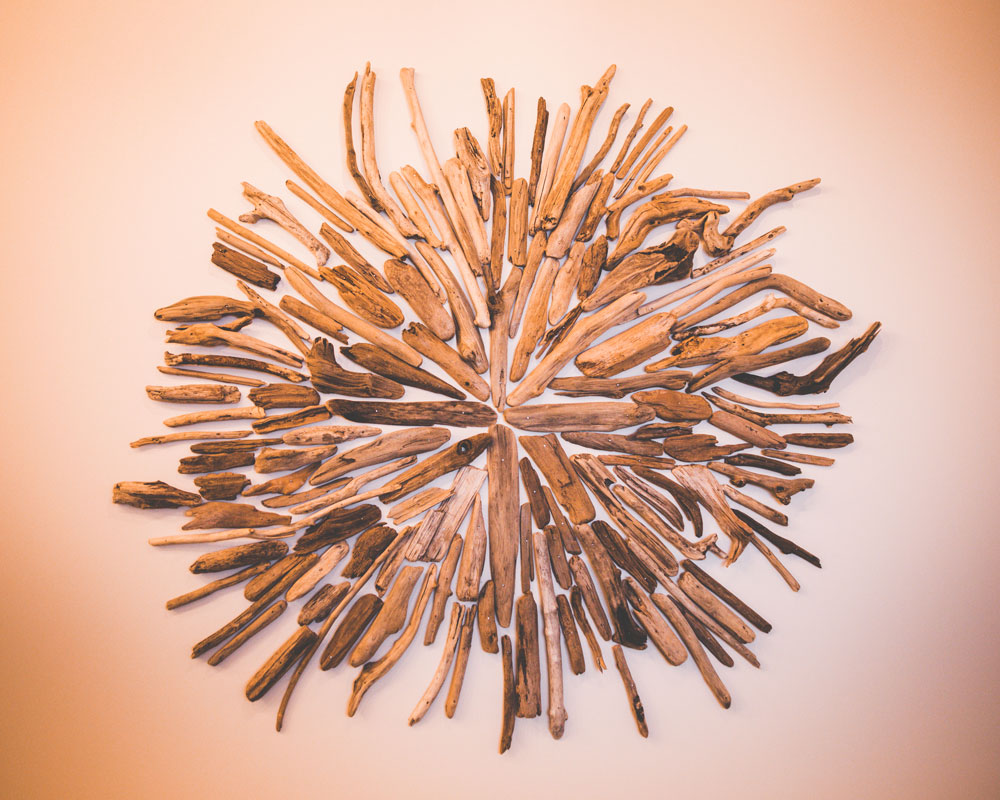 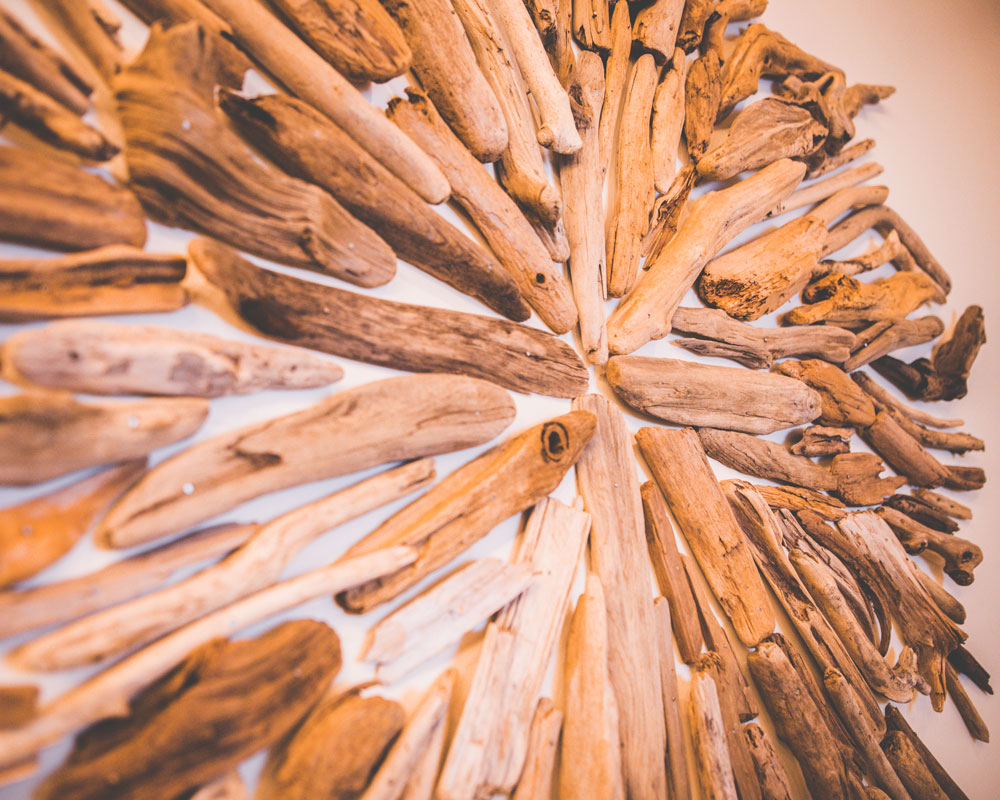 ﻿
Liz Robb is a California based textile artist and we liked her work in the fact that it used simple, natural materials which created a striking effect. For the piece featured in the leasing entry, the use of indigo dies and cotton rope spoke to the cool tones and laid back atmosphere we wanted to create. 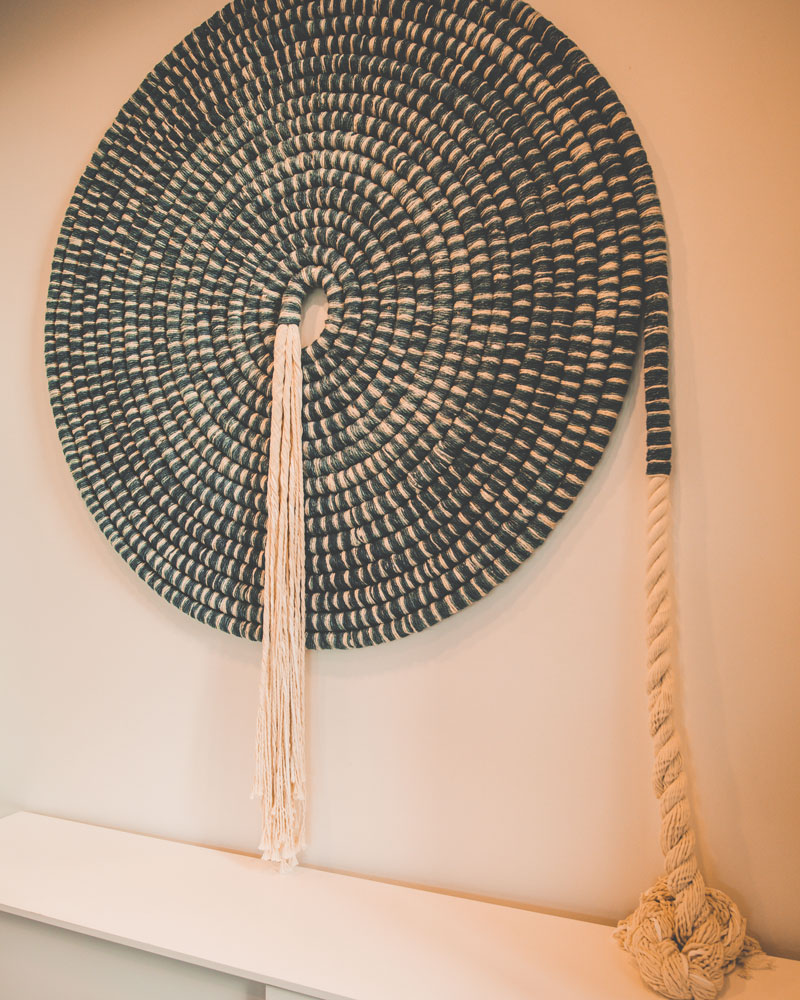 When we saw Chris Oliver’s picnic tables we knew they would be a perfect addition to the clubroom. They are unexpected and add not only visual interest but some texture to the whole room. It’s a bit of surprise to not know what they are until you walk up to the sculpture. 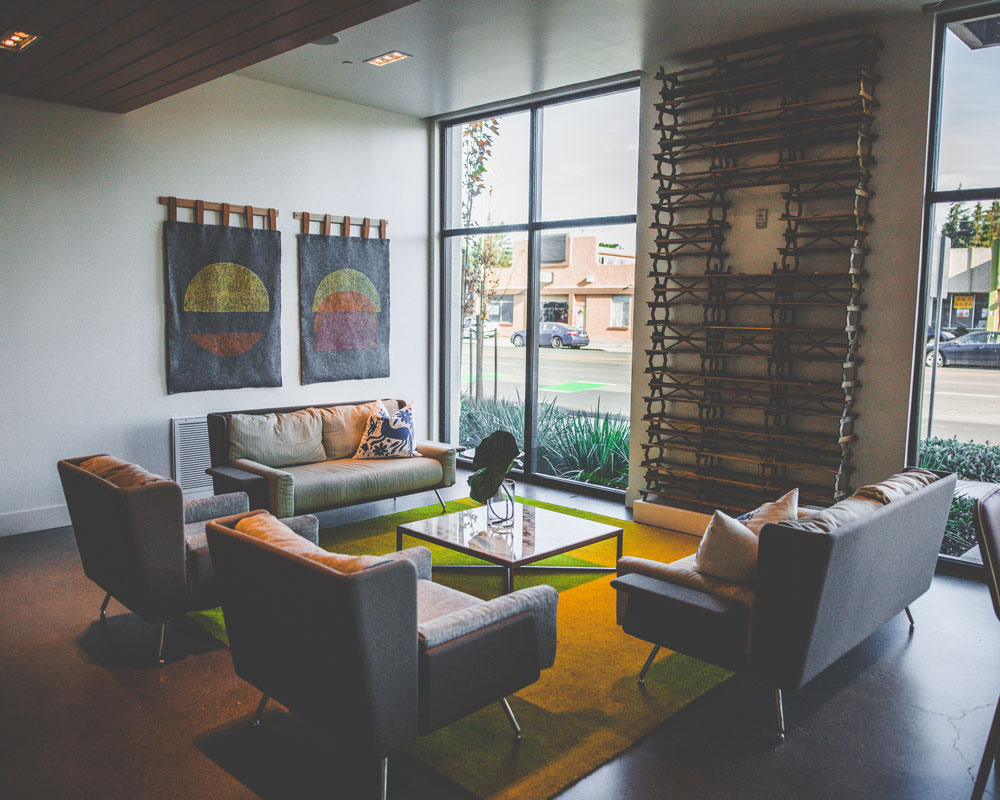 A bit from the artist about his work: “Picnic tables are totally standard, totally accessible, and totally familiar. It interests me to make sculpture out of something so commonplace and by doing the minimum. I often just play with scale or placement. What I love about the Moffett wall installation is that it is permanent and has removed roughly one third of my picnic tables from circulation and further deterioration. Over time it will create a dynamic with the rest of my tables, one third of which are permanently installed outdoors, and the remainder that have joined my stockpile of other scaled down American fixtures (ranch house frames, swimming pools, closets, etc.) and will be used in future installations.” 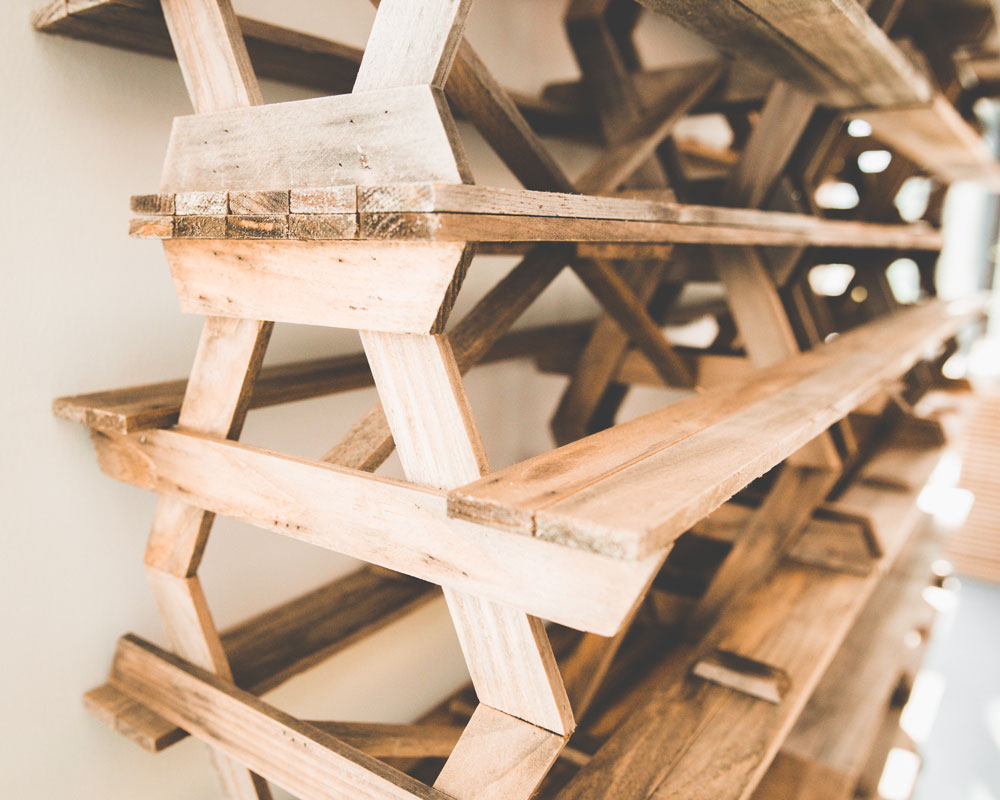 The Patty Benson Felt Wall Hanging in the Neighbor Lounge is a favorite. Patty has since relocated to Portland but at the time we commissioned she was living in the Bay Area. We like her work because it counterbalances some of the hard materials in the Clubroom but also adds a feeling of casual nostalgia to the 60’s. 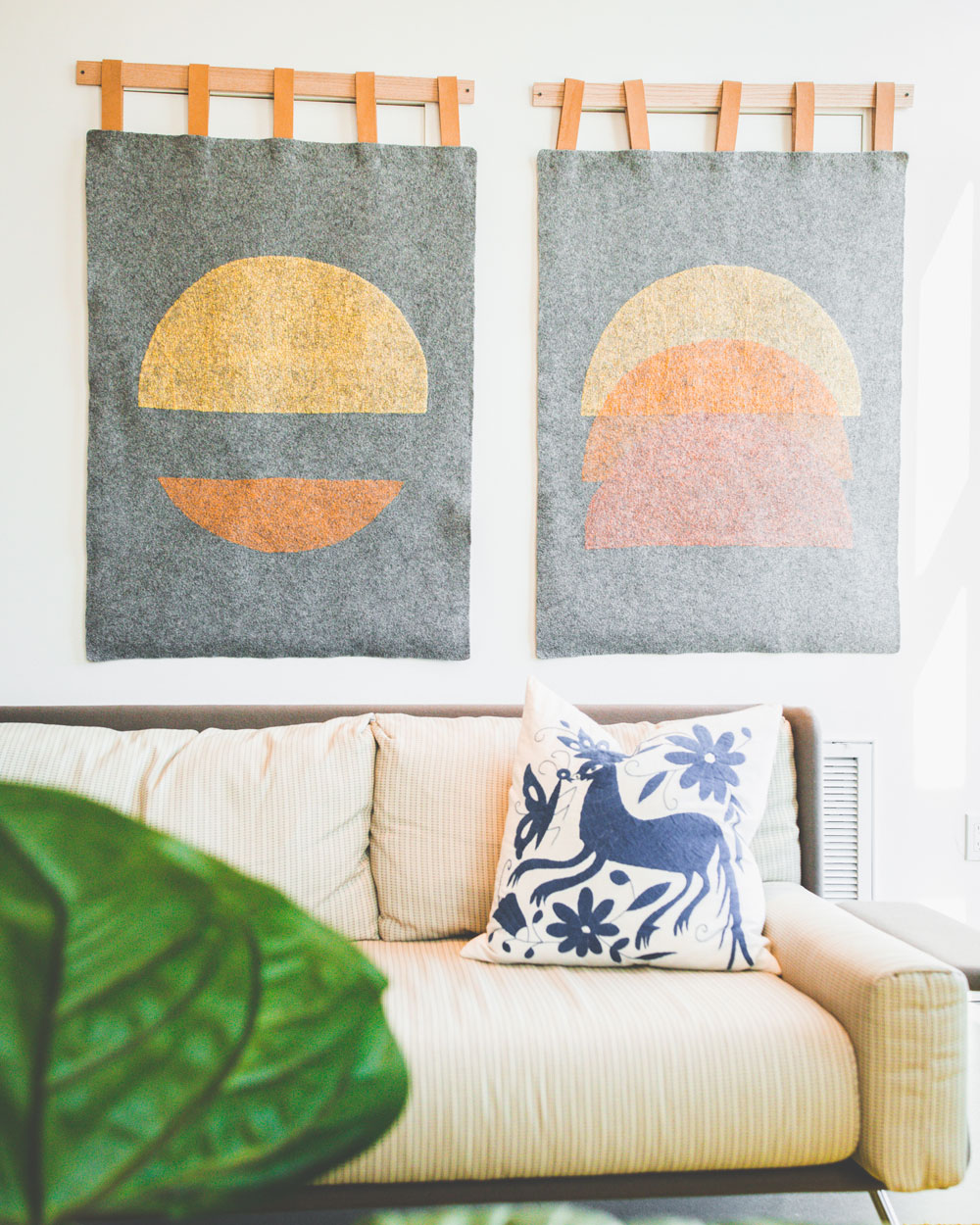 The wave mosaic tile wall was created by the MFID team. We wanted to add a focal point to the wood stair (inspired by Sea Ranch) that also gave the space something unexpected, and calming. Kind of serendipitous that the ‘waves’ are rolling over the code compliant fire extinguisher! 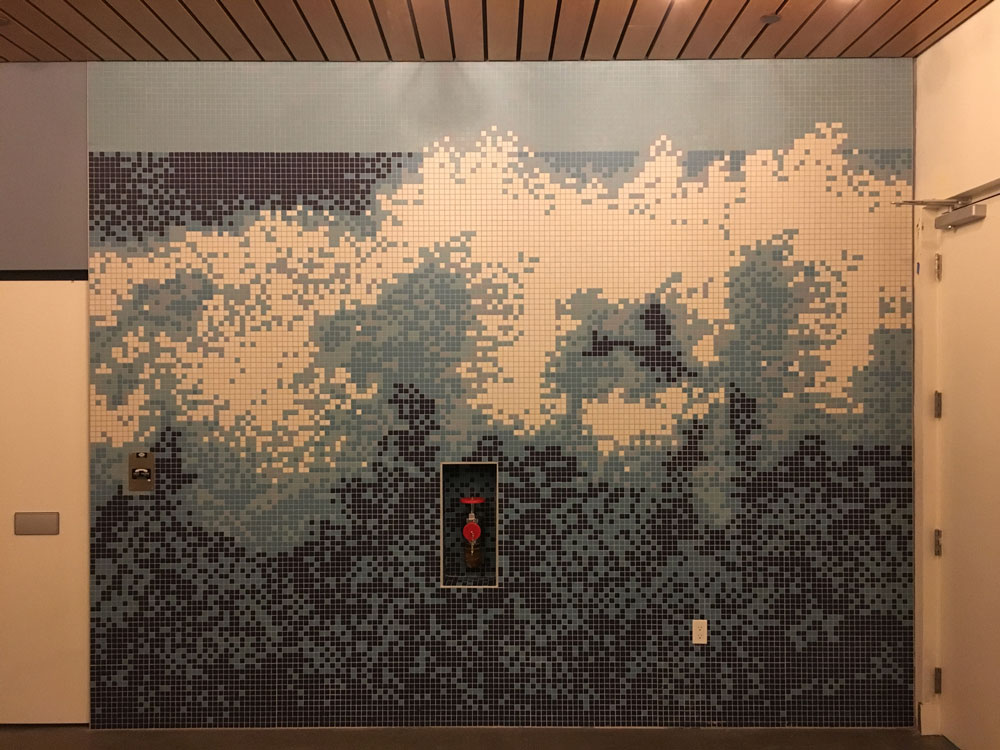 The mosaic wall in the Neighbor Lounge makes quite the impression. How did you come up with that idea?

When we were thinking of what we wanted to go on that wall, we knew it needed to be something interesting as well as reference California in some way. Since we had used a lot of imagery of the ocean in the Leasing, we wanted to highlight California’s other landscapes such as the golden rolling hills inland. 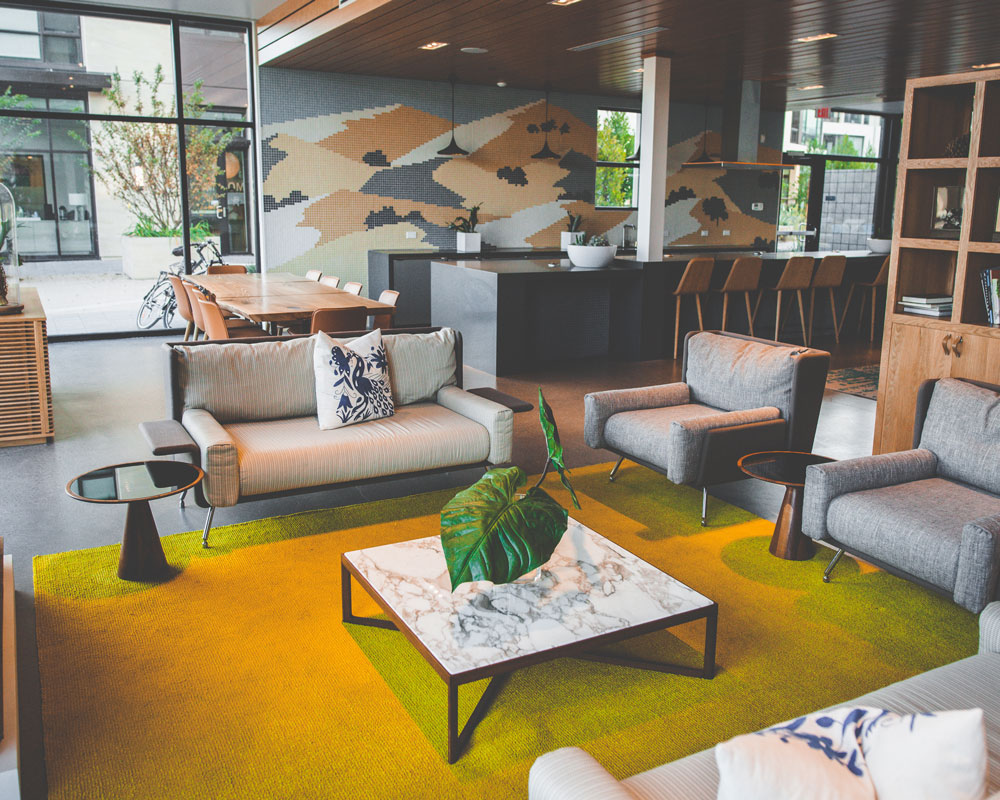 Are there any unique aspects that stick out in your mind?

The artwork that MFID created as well as curated really sticks out. Without the work that was put into these pieces, I don’t think the space would of come together as well. We wanted the artwork installed to be more than ‘pictures on the wall’ or simple embellishment. More an enhancement of the California theme. Also we wanted each piece to make people give a second look. Wonder about it. Be curious.
﻿
Prev PostNext Post